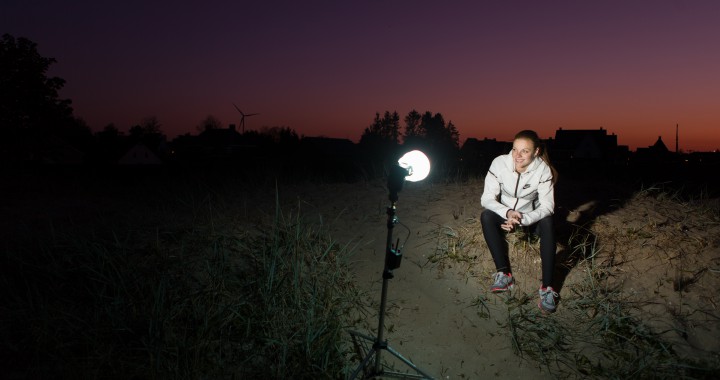 My Canon 430 ex II has never let me down so far – Aside from the amount of batteries it EATS! I’ve recently purchased a Gary Fong collapsible fashion & commercial lighting kit to go with my 430 ex II and thought I’d hit the streets of ‘rural’ (Not) Houten to give it a spin! 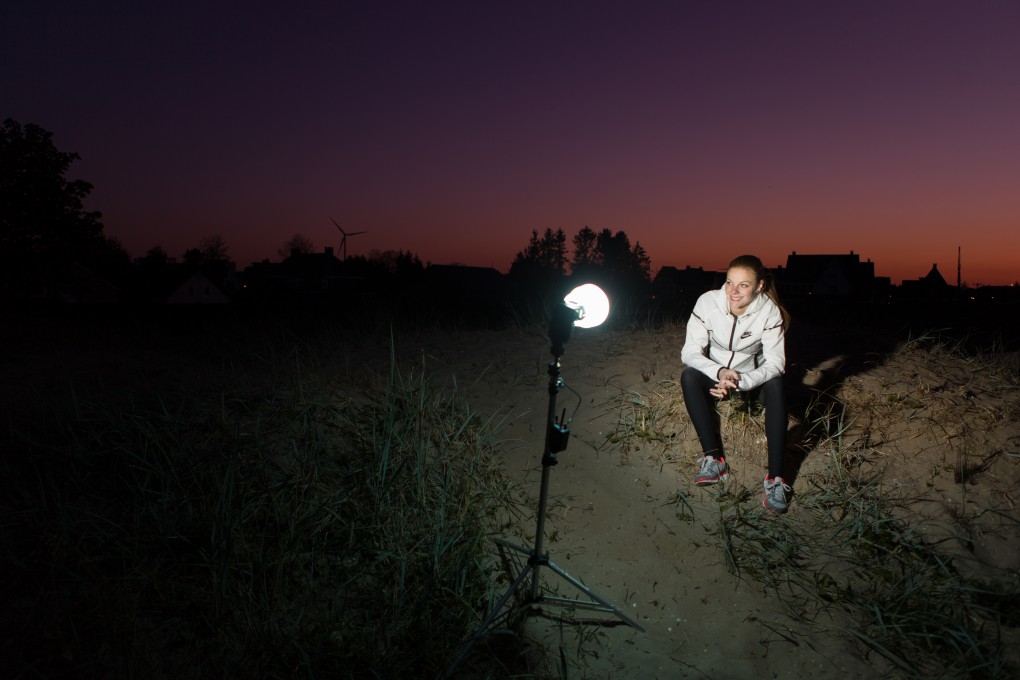 So here it is. Setups don’t get any more simple than this. One single speedlite with the Gary Fong collapsible on top of it. I’ve also used the blue gel that comes with the fashion and commercial kit to turn the sky red-ish and to balance my subject neutral.

Because the light source is only tiny the light hitting my subjects face is rather hard. Luckily the Gary Fong collapsible takes care of this a little. Still not as much as a softbox would but the collapsible is so small and convenient to carry around with you while you’re location-hunting – I really don’t mind brushing some harsh ugly shadows out. You win some, you lose some.

I’ve used a falcon eyes uber-light light stand for this shoot and I’ve put a € 2,00 optical slave cell hotshoe on top of it followed by my 430 ex II and Gary Fong collapsible lightsphere. I’ve used a set of Pocketwizard II to trigger the flash wirelessly. 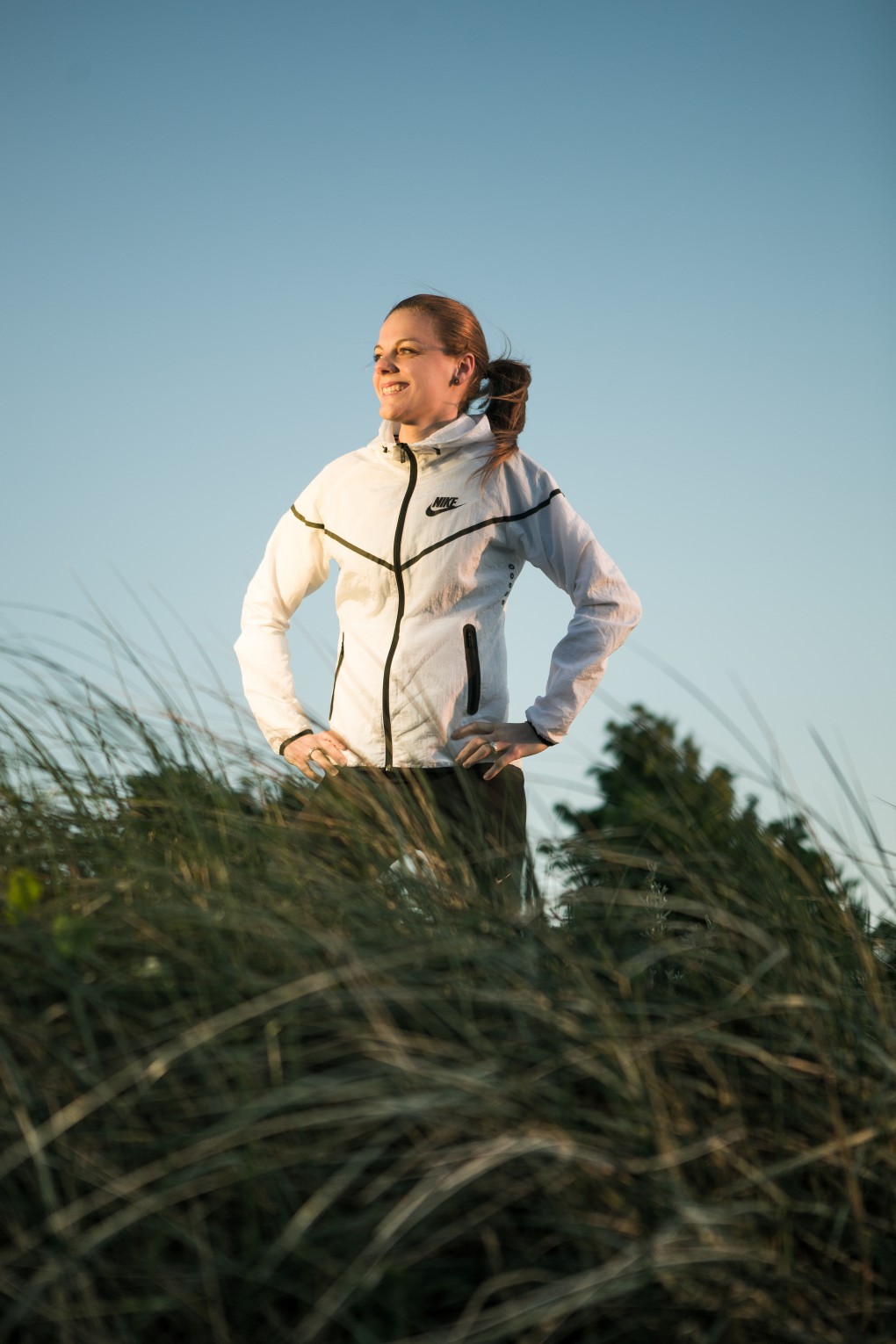 Here are the shots I came up with just one single speedlite: 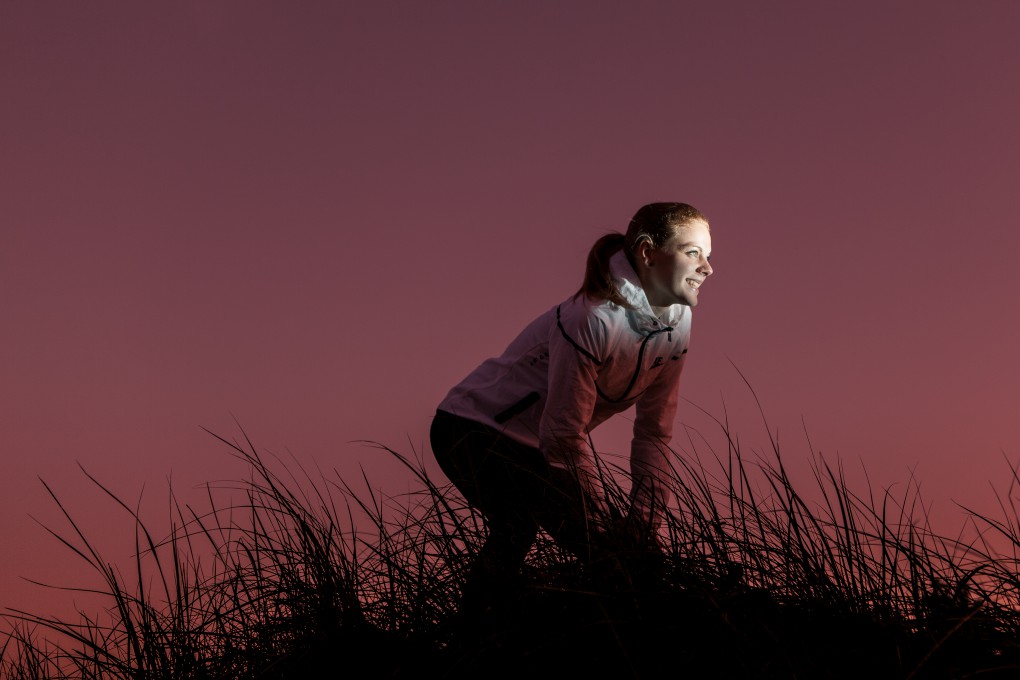 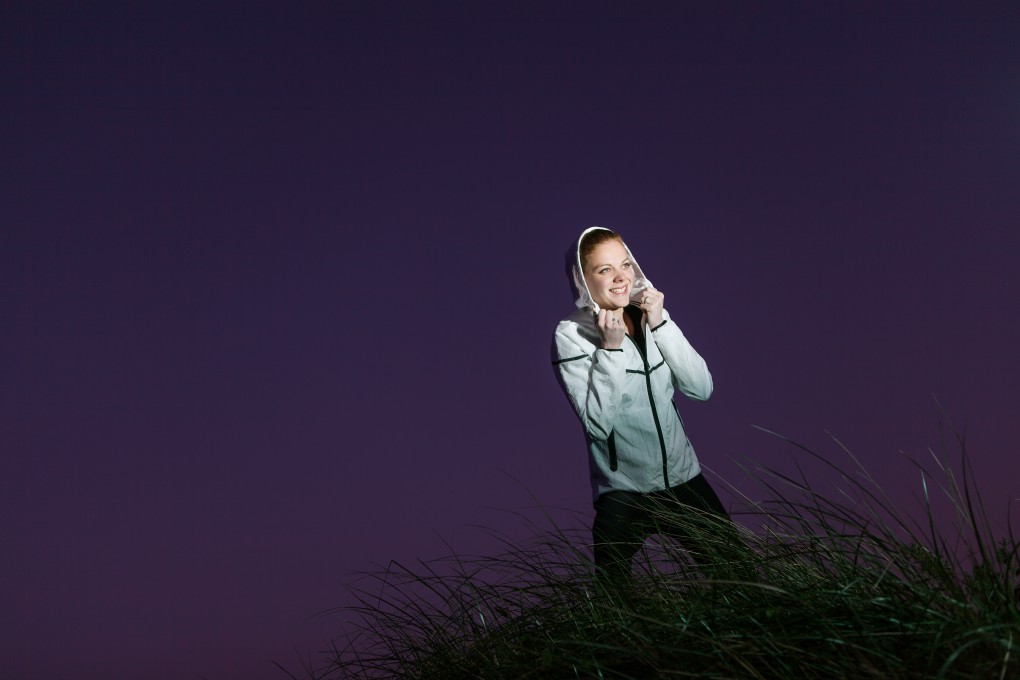 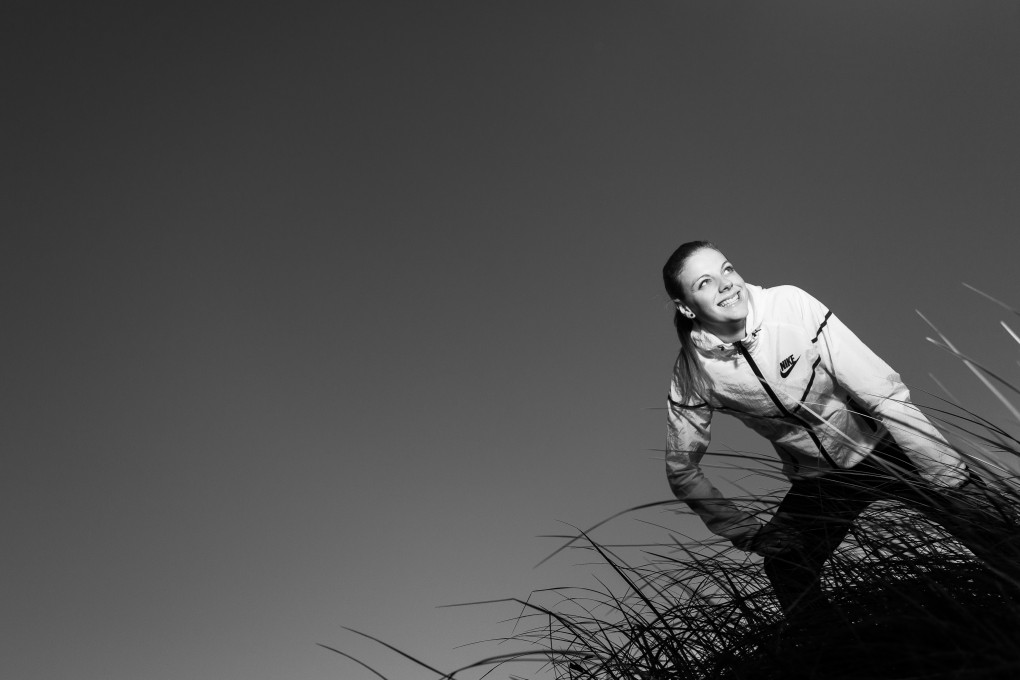 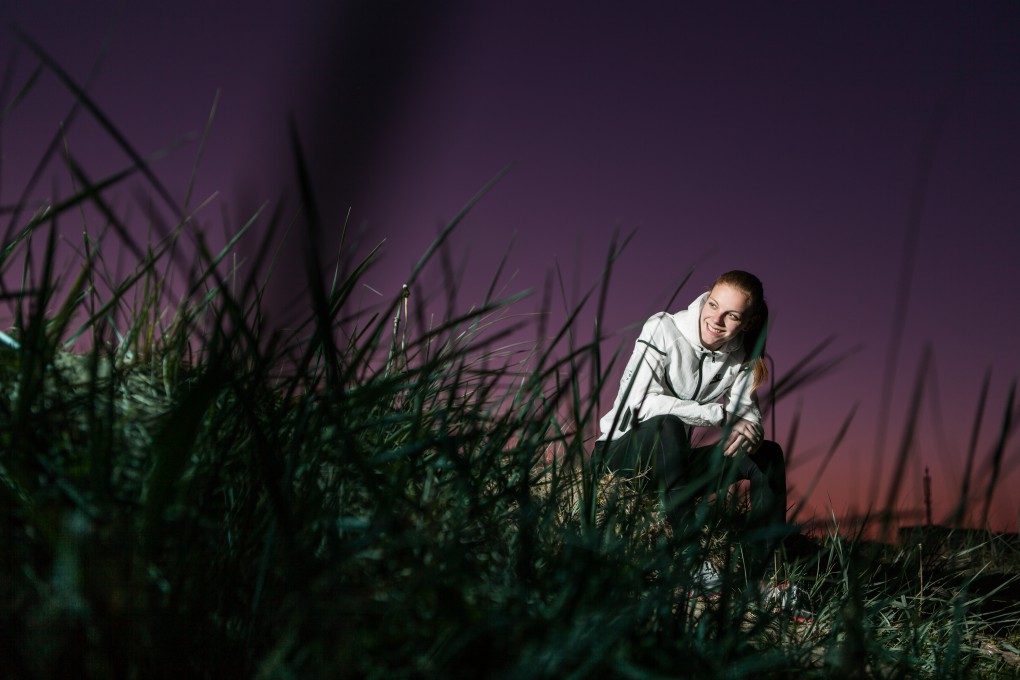 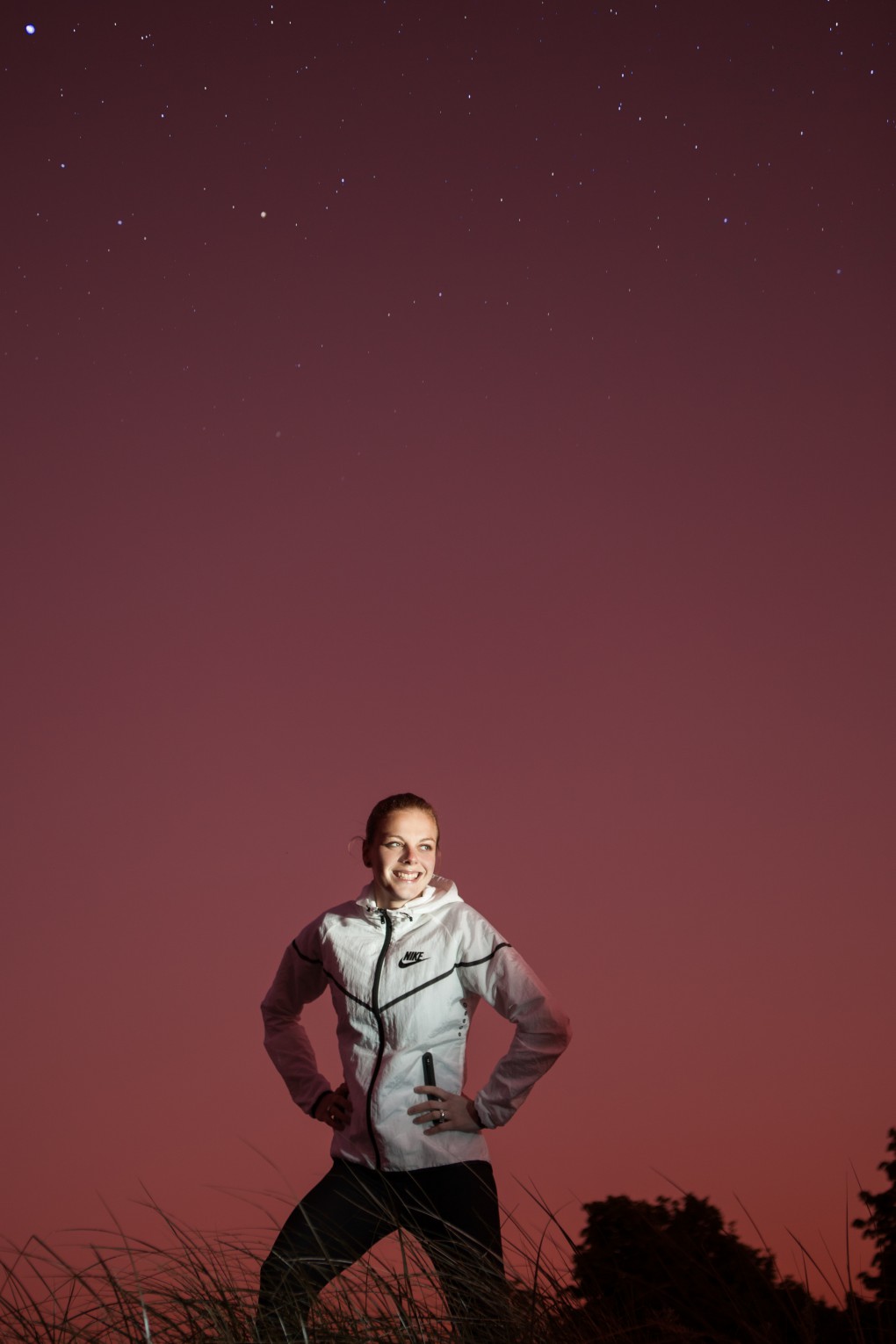 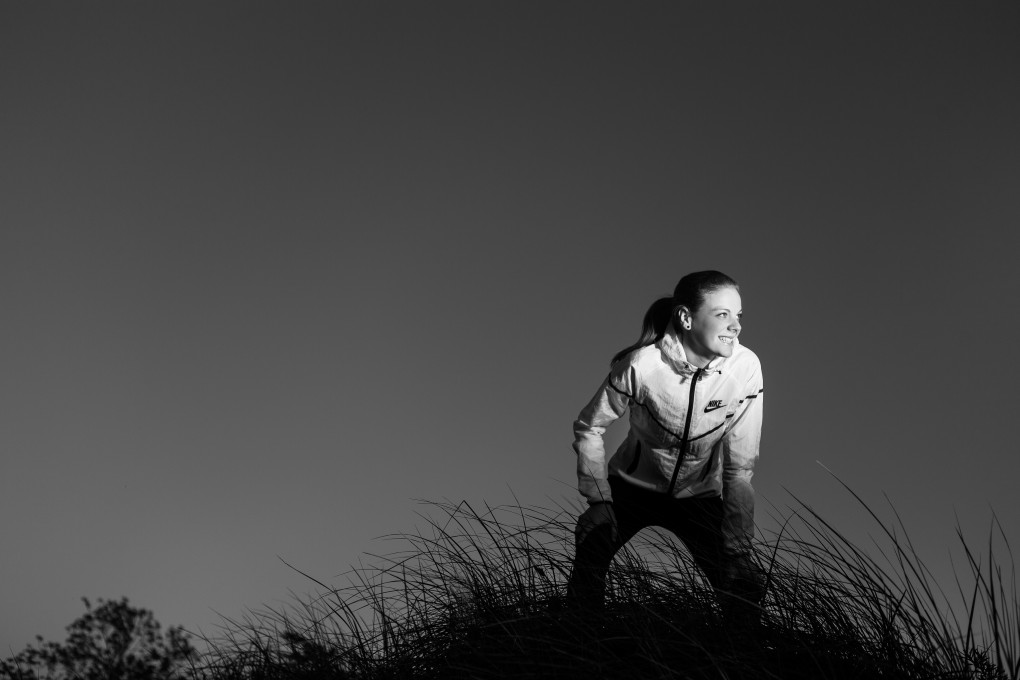 Welcome to the MarjoleinThijse.com Weblog

Good to see you on here! This page is going to be occasionally updated with the latest news on my studio, my work, equipment or just any thinkable random jibberish!

This website uses cookies to improve your experience while you navigate through the website. Out of these, the cookies that are categorized as necessary are stored on your browser as they are essential for the working of basic functionalities of the website. We also use third-party cookies that help us analyze and understand how you use this website. These cookies will be stored in your browser only with your consent. You also have the option to opt-out of these cookies. But opting out of some of these cookies may affect your browsing experience.
Necessary Always Enabled
Necessary cookies are absolutely essential for the website to function properly. This category only includes cookies that ensures basic functionalities and security features of the website. These cookies do not store any personal information.
Non-necessary
Any cookies that may not be particularly necessary for the website to function and is used specifically to collect user personal data via analytics, ads, other embedded contents are termed as non-necessary cookies. It is mandatory to procure user consent prior to running these cookies on your website.
SAVE & ACCEPT